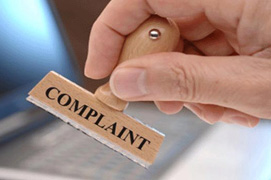 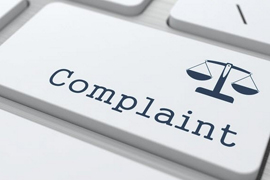 1. What is an ‘Anti-profiteering’ activity?

2. What is the anti-profiteering mechanism under CGST Act, 2017?

CGST Act, 2017 mandates a 3-tier structure for the investigation and adjudication of the complaints regarding profiteering.

GST Council has constituted a Standing Committee, having members from both State and Central governments.

State screening committee shall forward an application of a local nature, relating to profiteering to the Standing Committee if it is prima facie satisfied that Section 171 of the CGST Act has been contravened. [Rule 128 (2) of CGST Rules, 2017]

If the Standing Committee is satisfied that supplier has contravened the section 171 of CGST Act and there is a prima facie evidence in support of the allegation, the case shall be transferred to DG Anti-Profiteering for further investigation. [Rule 129 (1) of CGST Rules, 2017]

The Committees shall complete the investigation

within a period of two months from the date of the receipt of a written application or within such extended period not exceeding a further period of one month for reasons to be recorded in writing as may be allowed by the Authority.

4.       4. What is the role of DG Anti-Profiteering in the anti-profiteering mechanism?

DG Anti-Profiteering shall complete the investigation
within a period of six months of the receipt of the reference from the Standing Committee or within such extended period not exceeding a further period of three months for reasons to be recorded in writing as may be allowed by the Authority. [Rules 129 (6) of CGST Rules, 2017].

5.      5. Who can file the complaint of profiteering against a supplier?

Any consumer or organisation experiencing the non-reduction in the price of the goods or service despite reduction in the rate of tax can file the complaint with proper prima facie evidences.

Any supplier, trader, wholesaler or retailer, who could not get the commensurate benefit of input tax credit or on account of reduction in the rate of tax, or any interested party or any Commissioner or any other person can file the complaint with proper evidences.

6. How can I file complaint of profiteering against a supplier?

There are multiple ways through which aggrieved consumers or recipients of goods and services can register their complaints against profiteering:

Complainant can register an online complaint at http://www.naa.gov.in/complaint.php

Click here to see the Guideline to register online-complaint http://www.naa.gov.in/page.php?id=guidelines-for-consumers

User can mail the complaint at

The complaints can be sent to the Standing Committee at,

7. How can I know the status of my complaint of profiteering against a supplier?

8. Will I be eligible to recover the amount on account of my complaint of profiteering against a supplier?

Under Rule 127 of CGST Rules, 2017, National Anti-profiteering Authority can order the defaulter to return to the recipient, an amount equivalent to the amount not passed on by way of commensurate reduction in prices along with interest at the rate of 18% from the date of collection of higher amount till the date of return of such amount. The recipient is the eligible to receive the amount.

9. Will NAA provide opportunity of personal hearing to whom complaint is been made?

10.  What is the consumer welfare fund?

A separate fund has been created by the Central government under to Section 57 and 58 of the CGST Act, 2017 which would be utilized for the welfare of the consumers in the country. When the recovery of the amount, including interest, is not returned in case the eligible person does not claim return of the amount or the recipient is not identifiable, in such conditions, the recovered amount is deposited in the Consumer Welfare Fund.